Objectives of the session:

Activity 1: Start the session with probing questions about the topic

The teacher can raise the following questions in the beginning of the class as prompting questions to build curiosity among students.

Student Response: It is about people who lived a long time ago, who lived in caves etc.

3. Today we know a lot of things about people lived so many years ago. But what are the ways we get information about those people?

Step 1: Raise the prompting questions in the beginning of the session

Step 3: Collect the responses from students and write it on the board

Activity 2: Bring any historical issue which students are familiar with to the discussion in the classrooms. (eg.  Pyramids in Egypt, Vedic people in India).

Step 2: Introduce the topic for discussion

Step 3: Ask them to write down the maximum ways possible to know about the event which happened in the ancient times. Ask them to mention the source of information. Let them write it down on each wing showed below (you can use board or chart paper for the same) 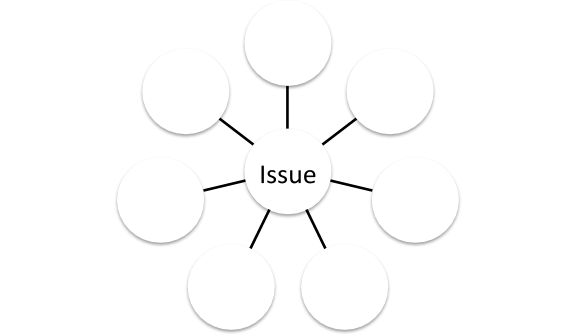 Step 1: Ask students to differentiate the sources they brought about in terms of whether they are written or not.

Step 2: Students would draw a circle or change color accordingly. [It will look like as follows] 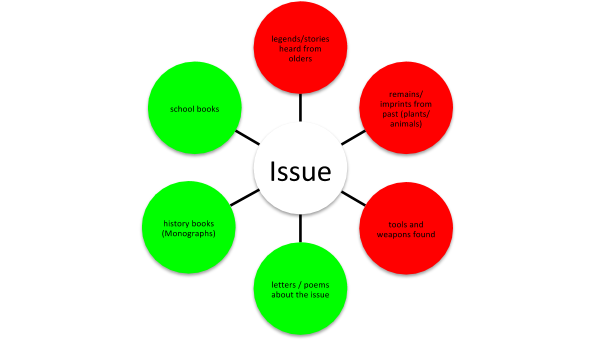 What is pre-historic era?

The people who lived long years ago and we don’t have written record or history of them, so they are described as pre-historic era/ people.

Eg Question: “How do you think people lived during the prehistoric period? what did they eat, wear etc”. Make notes of their responses.

Video: You can use this link for the video talks about the ideas we covered: [focus on 2.55 minutes to 5.50 minutes]